Arrive in Las Palmas, an attractive city founded by Spanish conquistadors in 1478.  Your captain and crew will meet you, your guests, and your luggage at the pier for embarkation.

The ancient Guanche people, the original inhabitants of the Canary Archipelago, gave the name Tenerife, “White Mountain”, to this dramatically scenic island, dominated by the soaring 12,195 foot high pinnacle of Pico del Teide.  Spend the day in Santa Cruz or drive through the cool, verdant forest of La Esperanza to the UNESCO World Heritage site of Parque Nacional del Teide, a starkly beautiful wilderness of mineral-tinted rock, ancient lava flows, and distinctive vegetation found nowhere else.  Gaze across the sand and lava rock floor of the vast caldera of Las Canadas to the snowy summit of Pico del Teide, Spain’s loftiest mountain, and enjoy a panoramic view of the Roques de Garcia, 500 foot high rocks shaped by the erosive forces of wind and water.  Later visit the UNESCO World Heritage site of La Laguna, a beautiful university town established in 1496; the houses of the old quarter date from the 16th and 17th centuries and have preserved wooden balconies and ornate doorways crowned with family crests.  Dine on board in the evening on your luxurious charter yacht from Taylor’d Yacht Charters, and enjoy some of your own selections you have made on your preference sheet created by your yacht’s chef.

Known as La Isla Bonita, “the Pretty Isle”, for its lushly forested mountain slopes set against a backdrop of bright blue skies and the azure waters of the Atlantic Ocean, La Palma holds an abundance of cultural and natural treasures.  Drive through the old quarter of Santa Cruz, once the third largest port in the Spanish Empire, to the pilgrimage center of Las Nieves to visit the shrine of La Virgen de las Nieves (Madonna of the Snow), the island’s patron saint.  This mid-17th century church represents a unique fusion of Baroque and Mudejar (Spanish-Moorish) architecture; on its gilded altar stands a medieval Flemish statue of the Madonna atop a base of pure silver.  Continue to the scenic overlook of Mirador de La Concepcion, which offers sweeping vistas of Santa Cruz.  While the Mirador de La Cumbrecita provides a window on La Palma’s geologic past, there are also dramatic views of the Caldera de Taburiente.  This caldera is a wide chasm sheltering a profusion of trees and shrubs, many of them only found on this island.  At the Caldera de Taburiente on La Palma, observe the contrast of its lush vegetation against the rugged summits of the National Park.  Return to your yacht chartered from Taylor’d Yacht Charters for a late lunch and relax as it cruises to Casablanca.

Casablanca, a harmonious blend of French and North African culture and architecture, is Morocco’s largest city and commercial center.  Walk around Casablanca or choose an optional drive north along the fashionable, oceanfront Boulevard de la Corniche to view the stunning Atlantic on one side and inviting cafes and restaurants on the other.  Tour the magnificent Hassan II Mosque, and then continue to Rabat, Morocco’s political capital, which was founded by the Almohad Dynasty in 1146.  This city is one of the nation’s four Imperial Cities.  Admire Rabat’s best known landmark, the Hassan Tower, a remarkable monument of intricately carved stone and the remnant of a late 12th century mosque that was planned but never completed.  This imposing tower recalls the glories of the Moorish Almohad Dynasty.  Stroll through the narrow streets and bustling souks of the enchanting Medina (Old City).  Visit the Kasbah of the Oudayas, a fortified 12th century quarter of narrow alleys and traditional white-washed houses built atop a cliff overlooking the Atlantic Ocean.  Before returning to the boat, stop in the neighboring town of Sale, once the haven of the fabled Barbary pirates.

Arrive in Cadiz and spend the day at leisure or set out on a full day excursion to Seville, Andalusia’s lively capital.  Visit the Alcazar, once the residence of Seville’s Moroccan and Spanish rulers.  Seville’s past comes alive in the graceful Moorish domes and arches of the Alcazar along the Plaza de Triunfo.  Dating back to the 14th century reign of Peter the Cruel, this royal palace with a distinctive architectural synthesis embodies the fully developed Mudejar style.  Visit the magnificent Cathedral, a classic example of late Gothic architecture and Europe’s third largest Christian house of worship after St. Peter’s in Rome and St. Paul’s in London.  Proceed into its vaulted interior and view the Monument to Christopher Columbus, whose remains were transported here from Havana in 1902.  See the Cathedral’s most striking feature, its bell tower, the graceful Giralda.  Originally designed as a minaret, it served as the inspiration for the Hassan Tower and the Koutoubia Mosque in the Moroccan cities of Rabat and Marrakech.

Following a leisurely morning cruising on your yacht from Taylor’d Yacht Charters, dock in Gibraltar, one of Britain’s oldest crown colonies.  During World War II, this strategic outpost played a crucial role in Operation Torch, the Allied campaign to liberate North Africa.  Known during the Classical Age as the Pillar of Hercules, the Rock of Gibraltar has stood as a symbol of Britain’s imperial might since 1713, when it was ceded by Spain.  Enjoy a scenic view from Europa Point and walk past the impressive stalactites and stalagmites of St. Michael’s Cave, a vast natural cavern.  Drive to “the Top of the Rock”, the 1400 foot high limestone promontory guarding the strait that separates Europe and Africa, for a panoramic vista.  Observe the amusing antics of Gibraltar’s Barbary Apes, the only colony of wild monkeys in Europe.  Then visit the Great Siege Tunnels, excavated by British army engineers in the late 18th century to provide for the defense of the colony.  Join your yacht and crew this evening for another beautiful and delicious meal aboard.

Upon docking in Malaga, make a run to Barcelona, Spain‘s second city and one of Europe’s great cultural centers.  Enjoy the charms of Barcelona’s bustling streets and delve into its great architectural heritage.  Explore Barcelona’s cultural and architectural masterpieces, such as Antoni Gaudi’s unfinished Sagrada Familia, one of the many structures around the city that bear his influence.  Venture out of Barcelona to the Penedes wine region to visit the Codorniu winery, whose cellars are the largest in the world.  Tour the Mount Montserrat monastery, highlighted by a performance of the Escalonia, the oldest boys choir in Europe.  Back at the yacht you chartered from Taylor’d Yacht Charters, you bid a sad but thankful goodbye to your crew in hopes of returning another day for another enjoyable and relaxing cruise. 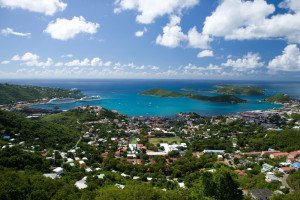